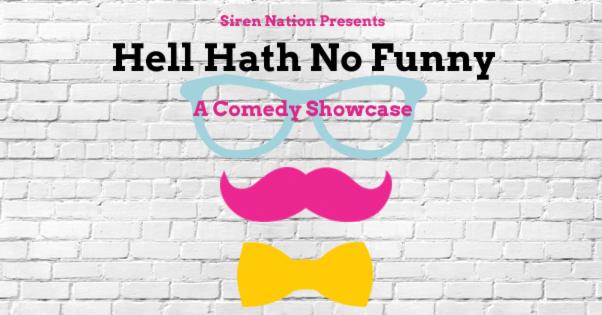 For years, Portland has been on the national map for amazing comedy. Our city is known to have more female produced comedy shows than any other local scene. This city is loaded with hilariously talented humans and we’ve handpicked some of our favorites for you!

Susan Rice: For over 35 years Susan Rice has worked as a stand up comic. She is one of Portland, OR’s original stand-ups, beginning in 1983 at the Leaky Roof Tavern. Her career as a comic has taken her all over the US and Canada, as well as the Caribbean and Mexico. She has appeared on HBO, Showtime, Comedy Central, A&E, ABC, CBS, and Fox.
She was more recently featured on Portlandia and named by Willamette Week “Portland’s Funniest Person.” Rice was recently Arsenio Hall’s opening act as well as Maria Bamford’s. She is familiar because she reminds everyone of an auntie they should check in on more often. Rice can be seen often at Harvey’s Comedy Club, her home club, or performing for various corporations or charity events. She is the co-founder of the podcast “Stop Me If I’ve Heard This.”

Katie Nguyen is a writer and comedian. Her writing has been featured in The New Yorker and she is a regular at Helium Comedy Club. She has performed at comedy festivals across the country and hosts the weekly show Earthquake Hurricane. Katie has twice been named one of the Portland Mercury’s Geniuses of Comedy and has taught comedy classes and workshops at Portland Center Stage and Deep End Theater.

Andy Iwancio: is a transgender gal comedian from Seattle who waxes poetics on being transgender, growing boobs, and then, subsequently, shaking those boobs because of her epilepsy. So, all of that, plus puns. She has opened for Whitmer Thomas, James Adomian, and Cameron Esposito. Festival-wise, she has done Bumbershoot, Out of Bounds, Altercation, Women in Comedy NW, Ha-Ha Harvest Festival, Intersections, and All-Jane. She also appeared in the HUMP! film-festival award-winning film “Queer Safari” and the Emmy award-winning movie “Star Wars Uncut.”

Comedian Quinne Salameh self identifies as Bi-Racial, Queer, and extremely cheap so it’s gonna be a good time. Quinne is a new member of the “That’s What She Said” feminist comedy collective and was a performer on this year’s Portland Queer Comedy Festival. She brings good vibes but will shame you for your purchase of novelty hummus. You can catch her on Shows all over Portland including this year’s HaHa Harvest fest.

Kate Murphy is a Portland comic, born and raised in Bozeman, MT. Kate Murphy wrote and co-produced the short film “A HUMP! Public Service Announcement” which won ‘best humor’ HUMP! Film Festival 2017. She’s been featured in Hell Yes Fest, The NW Women’s Comedy Festival, and was a finalist in Helium Comedy Club’s Portland’s Funniest Person 2018. She was named one of the Portland Mercury’s Undisputed Geniuses of Comedy 2018 and is the current host of the Portland Mercury’s The I, Anonymous Show.