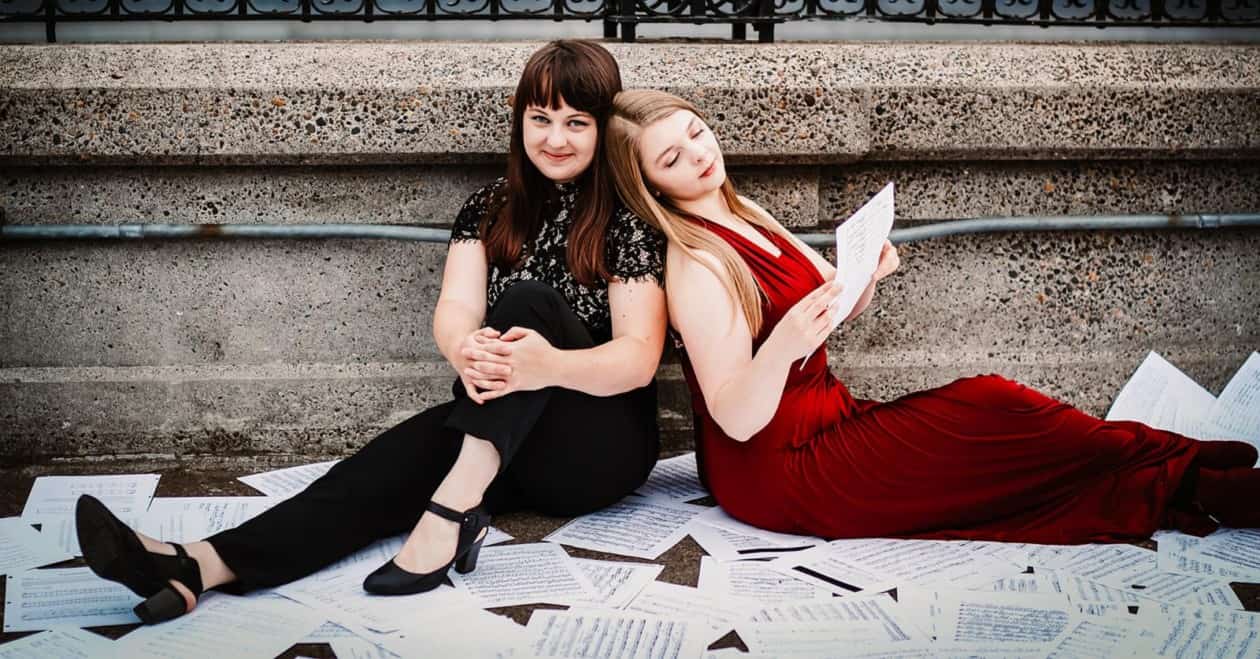 Come out for an evening of celebration as new music group Persisting Sound presents a showcase of amazing creations by female composers in classical music. Our program will have music for flute, electronics, voice, beatbox flute quartet with guest artists: Rebecca Larkin, Robert Wakeley, and Minsun Song, and Evan C. Paul on piano. We want to share our perspective as women with you through this diverse repertoire both in song and discussion. Please join us for a reception after the show for treats, drinks, and a Q&A session!

Come out for an evening of celebration as collaborators Savannah Gentry and Carolyn Quick present a showcase of amazing creations by female composers in classical music. Our program will have music for flute, electronics, voice, beatbox flute quartet with guest artists: Rebecca Larkin, Robert Wakeley, and Minsun Song, and Evan C. Paul on piano.

We want to share our perspective as women with you through this diverse repertoire both in song and discussion.

Please join us for a reception after the show for treats, drinks, and a Q&A session!

Savannah Gentry: Described as a “monster” flute player (Mostly Modern Music Festival), Savannah Gentry has always been a connoisseur of contemporary ideas, new works, and meaningful performances. She has performed orchestral, chamber, and solo music and working with renowned musicians, composers, and faculty to further her goals of promoting women and other underrepresented composers.

Upon her return to the Portland, Savannah has performed with Caballito Negro & Friends at Portland State University, founded new music group Persisiting Sound, premiered works by emerging composer and co-founder of Persisiting Sound.

Carolyn Quick began teaching private lessons in the Evergreen District, and spearheaded this Women in Classical Music Showcase in Collaboration with Siren Nation.

Last fall, she spent six weeks in New York at the ‘The Studio’ with high energy chamber group Project Trio where she learned how to beatbox flute and improvise from Greg Patillo and performed in venues such as Rockwood music center. In 2017, she performed with Orchestra Next and at the Soundscape Contemporary Music Festival in Cesana, Italy; and in the Summer of 2016 she performed with the Oregon Bach Festival Composer Symposium, collaborating with both established and student composers. She also performed with the Music in the Mountain Festival (2016) where she performed orchestral and chamber music in Colorado’s Rocky Mountains. Her flute quartet won second place at the Flute Society of Kentucky Quartet Competition (2017) performing Rebecca Larkin’s flute quartet In Contrast.

Savannah studied at the Jacobs School of Music at Indiana University (MM) with Thomas Robertello and at the University of Oregon (BM) with Molly Barth.

Carolyn Quick is a “versatile young soprano” (Eugene Opera) with a “pure timbre” (Opera News) and “haunting” voice who proves “once again that a girl can do whatever a boy can do!” (Eugene Opera). With over nine years of voice lessons, fourteen years of choral experience, and two years of involvement in both opera and early music, she has acquired a vast repertoire of vocal knowledge from a variety of genres and periods and is always eager to continue learning.

As a composer, Carolyn’s music if full of striking rhythms and expressive melodies, bridging multiple styles and mediums through lyricism and orchestration. Her works have been performed throughout North America and Europe by ensembles including the Vancouver Symphony Orchestra, the Erato Ensemble, and soloists from the Vancouver Opera’s New Works project. In the Fall of 2019, Carolyn was featured on the inaugural concert of the up-and-coming chamber orchestra Symphony 21. She was also chosen as one of eight composers commissioned to write for HEARINGS: the opening concert of Fear No Music’s 2019-2020 season Justice (Just Us); and co-founded the new music group Persisting Sound with flutist and Portland native Savannah Gentry.

Evan C. Paul was born in Providence, Rhode Island in 1981. He holds a Ph.D. in composition with a supporting area in music theory from the University of Oregon. He has garnered recognition through a number of awards and competitions, including the Delta Omicron Music Solo Competition (2000), the Ed Diemente Composition Award (2002), the MTNA Young Composers Competition (2005), and the Portland Vocal Consort’s Young Composer Contest (2011).

Evan is active as a composer and collaborative pianist in the Portland area. In addition to coaching singers, instrumentalists and chamber ensembles, he plays with the Portland Phoenix Choral Union, Bridging Voices (Portland’s LGBTQ+ youth choir), Portland Opera, Ping & Woof Opera, and the Portland chapter of Opera On Tap. His compositions focus on song, choral works, and chamber music featuring woodwinds and brass instruments. His newest composition, Magenta for saxophone quartet and piano, will be premiered in the spring of 2020.

Rebecca Larkin is a musical storyteller. As a flutist and composer, her music conveys an unraveling narrative that she and her audience may interpret in any way they wish. Inspired by soundtracks and concert music alike, Rebecca writes visual music for the stage and screen. She has been named a finalist for the ASCAP Morton Gould Young Composer Award and a scholar for the Game Audio Network Guild. She is an enthusiastic collaborator and constantly seeks opportunities to create new cross-disciplinary work. An active performer of new music, Rebecca has recently been a featured soloist with the North Country Electronic Music Festival, Oregon Bach Festival Composers Symposium, and Art City Eugene’s Studio Without Walls. When Rebecca is not composing or performing, she is an avid gamer and spends quality time with her rabbit, Oreo.

Robert Wakeley is a freelance flutist and teacher based in Portland and a doctoral candidate in flute performance at the University of Minnesota. He is currently the 2nd flutist/piccoloist of the Eugene Concert Orchestra and performs regularly as a substitute and extra musician with the Rogue Valley Symphony. Other recent concert highlights include performances with the Balkanicus Contemporary Ensemble in Minneapolis, live on Minnesota Public Radio in a broadcast concert featuring works by young Minnesota composers, and as a soloist with the University of Minnesota Chamber Singers. In 2018, he was awarded the Thelma Hunter Schubert Club Award at the Schubert Club Scholarship Competition in Minneapolis and has also placed at the Coeur d’Alene Symphony National Young Artist Competition and the Upper Midwest Flute Association Young Artist Competition.

Minsun Song is a flutist with a diverse background and interest. She received her bachelor’s degree at Whitman College in music and mathematics and her master of music at the University of Minnesota. On top of her musical training, she is also a band instrument repair technician, servicing wind and brass instruments. Her most influential teachers include Immanuel Davis, Sydney Carlson, and Rachel Chacko. She has also performed in masterclasses for Alexa Still, Keith Underwood, Mark Sparks, and Adam Kuenzel.