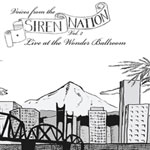 All proceeds from the sale of the CD directly support Siren Nation programs!

* from “The Girls of the Golden West”, song by Lewis F. Muir and Maurice Abrahams. Music by Grant Clarke

Special thanks to Church of Girl Records, Stumptown Printers and CD Forge for making this CD possible. 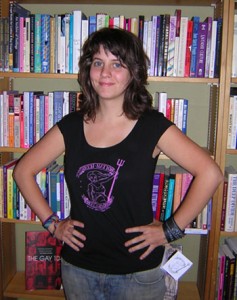 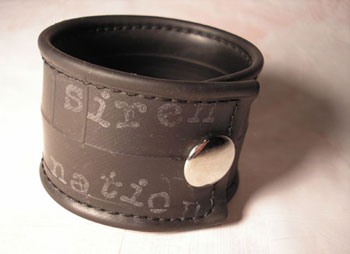 Made from recycled bicycle inner tubes, these bold wristcuffs were made exclusively for Siren Nation by re:cycle hardwear.

CD: Voices From the Siren Nation

In the process of organizing, networking and fundraising for Siren Nation we teamed up with Cherchez La Femme to put together a cd that would both raise money for the festival and shine the spotlight on all the fantastic homegrown talent—from international darlings Pink Martini to rising star underground electronica wunderkind Sugar Shortwave.

The talented women from this diverse group of musicians have inspired and motivated the production of Siren Nation and exemplify the kind of talent which typifies Portland’s music burgeoning music scene.

The compilation is our envoy out into the world to give folks a taste of things to come. We like to think of “Voices” as a portable mini-music
festival.